When Sir Alfred Chester Beatty died on 19 January 1968 he bequeathed his world-famous collection of rare books, manuscripts and decorative arts to the Irish people.

To commemorate the 50th Anniversary of his death and his extraordinary gift to the nation, a special twelve month programme of events was launched by the Minister for Culture, Heritage and the Gaeltacht, Josepha Madigan T.D. on 19 January 2018. 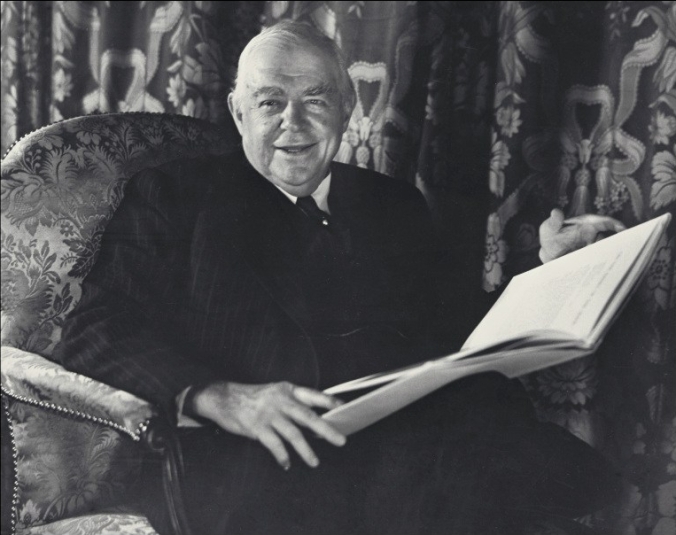 The Library also unveiled a series of four commemorative postage stamps from An Post featuring works from across the Collections. It was a real pleasure to be involved in the project, so I thought I’d write a short piece on how it came about and share some details on the artworks pictured.

The call for suggestions for 2018 commemorative stamps was issued by An Post at the beginning of 2016 and the Library submitted a proposal to the Philatelic Advisory Committee (PAC) that March. This independent committee assesses all proposals received for special and commemorative stamps and recommends the subjects for inclusion in each annual programme.

We were delighted to hear that our request had been initially recommended by the Committee and that Zinc Design had been appointed to work with us on developing four €1 stamps. The challenge then began: with over 27,000 objects to choose from, trying to select just four images that best represented the Collection and that might suit the diminutive format of a stamp seemed an impossible task. However after a series of meetings with the Curators and Director we shortlisted twelve images that we felt best represented the life of Chester Beatty and our three main collections – East Asian, Islamic and Western.

In December 2016, the Director and I met with the designer and An Post’s Philatelic Manager to review possible designs. After much discussion we all agreed on a final winning selection.

The next step was to take high resolution photographs of the collection items, and the final stamp proofs were then sent to the Board of An Post for ratification. The Library was under strict instructions not to share the exciting news of the stamps until they were finally approved by Government at the end of 2017 and the anticipation within the museum was keen.

Chester Beatty was an avid stamp collector from an early age and this is often cited as the start of his great passion for collecting. It was therefore a most appropriate tribute to be able to launch the stamps on the 50th anniversary of his death on the 19 January 2018. 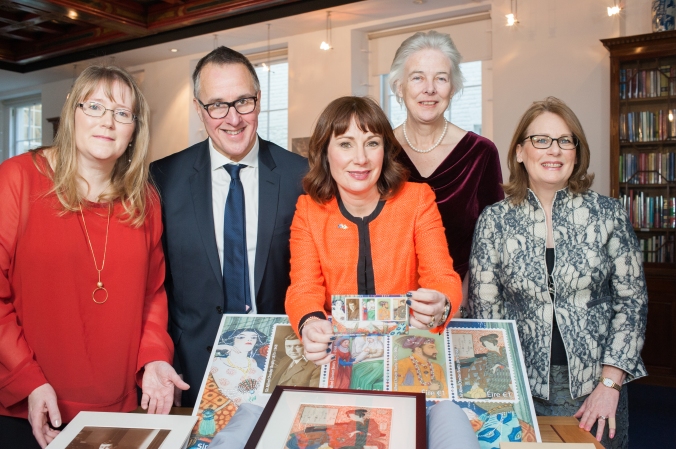 Speaking at the launch, David McRedmond, Group CEO of An Post said: “We think of stamps as ambassadors for Ireland as they travel across the globe, telling the story of Irish life, heritage and culture. With these stamps, Ireland celebrates the vision and generosity of Chester Beatty and the ongoing success and vibrancy of this wonderful museum as it continues to delight and inform Irish and international visitors.” I couldn’t say it better myself, it seems the perfect way to thank Chester for his incredible gift, considered the greatest ever given to the nation.

The four stamps, along with a specially designed First Day Cover envelope, are available to purchase in the Chester Beatty Shop as well as main post offices, Dublin’s GPO or online.